Blog
TL;DR: Starting on November 2nd, 2020, I am taking part in a self-proposed 100 day writing challenge. For the next 100 days, I will write for at least of fifteen minutes every day. By the end of the hundred days, I should have completed at least one of my goals:
Please join me on my journey to see if I pass or fail this challenge.

As of November 2nd, 2020, I embarked on a new writing challenge. For the next 100 days, I am going to write for at least fifteen minutes every day. Within these fifteen minutes, I aim to achieve success with two of my goals.
The first goal is the completion of a few of my story projects. That’s from drafting characters and plots to the polishing manuscripts. This will also include at least one rewrite in between.
The second goal is blogging new content, like this blog in particular, for the website. Depending on my mood, the focus of my writing may alter from day to day.
I have three milestones for this 100 Day Challenge that I wish to complete.
The inspiration for this challenge idea was from the book The Nifty 15: Write Your Book in Just 15 Minutes a Day! by Honoree Corder and Brian D. Meeks. Though a short read, it gave me a few insightful ideas to think about for making time to pursue my writing goals.
This year, I’ve experienced difficulty in sticking to a writing routine. I needed to try something new if I wanted to achieve a self-sustaining writing career. Something I could incorporate with my new work schedule and work-related responsibilities. Rather than trying to block out hours at a time and failing, I am trying it from an alternative approach. This fifteen minute writing challenge seemed more plausible, so I’m trying it.

I chose the following story projects to fulfill my 100 Day Challenge.

Amorphous will be among my first of my stand-alone novels I plan on drafting to completion. I knew from early development that I wanted the relationship to involve a shapeshifter. I also knew that I wanted to venture away from the usual wolf and feline shifters I’m accustomed to reading. The other magical aspects of the story came much later in the brainstorming process.

Amorphous is a story that focuses on both the romantic and personal dynamics between a Master and his apprentice. The protagonist, a college student, is returning home after a series of unfortunate events. The story takes place over the course of a year and set in an urban area on an alternate Earth-like planet.
Amorphous will contain explicit male/male sex, graphic language and intended for mature audiences.

I have been tinkering with this project from quite some time. It’s gone through many iterations of story development and different protagonists. It wasn’t until recently that I found a story that stuck with me for the characters I wanted to portray. Even coming up with the title for the series was challenging.
I’m terrible at coming up with story titles.
As of writing this, I have not decided the exact number of novels that will be in the series. I will say that my current projection for this series is between three to six books.
The protagonist is a student who is attending a tertiary boarding school. The inspiration for the school came from various Japanese and international school systems. The setting takes place in a near-futuristic era on an alternate Earth-like planet. The series will span over the course of three years.
Vicious Circles will contain explicit male/male sex, threesomes/moresomes, character death, graphic violence and graphic language.

22 Hours is originally one of my more popular fanfiction stories. It was a story I wrote for a previous personal challenge. The encouraging comments and feedback I received after its initial publication surprised me. It became one of the top of my list for worlds I wanted to revisit and that’s why I chose it for this challenge. I’ve recast the leads with my own original characters and expand both the world and the story.
22 Hours emphases the erotic romance between a magic-user and a werewolf.
The premise centers the idea of a chance meeting between two strangers at a restaurant. The setting itself is an urban Omegaverse at a seaside hotel. I’ve added this to my project goals list because I want to finish the redrafting and editing of this story.
I intend for this novelette to be a forever free story on the Sabrina K. Mercury website. It started off as a short-fanfiction project during the time I was trying to get back into the swing of writing. What I enjoy most about this project is the Omegaverse challenge itself. I wanted to explore the non-traditional tropes and roles regarding relationships.

The fictional multiverse in which several of my story projects take place. This includes both Amorphous and Vicious Circles. I have not finalized a proper name for the multiverse I have created, or decided if it needs a name. For now, I have nicknamed it the Aetherverse for reasons that will be known later. Perhaps that will stick, perhaps not.
The creation of this world came into being under the premise of the world being role-playable. I wanted to create a world expansive enough for others to create their own characters in. I have spent weeks, if not months, recreating and tweaking a balanced magic and social system. There were a lot of hard limits I set in place, and no vampires or werewolves creatures were one of them.
As of writing this blog, there are only five races in total. I do not intend nor plan to populate the world with any number higher than that. For more details about races that will populate this multiverse, you already know two; shifters and magic-users. In the near future, I plan on unveiling more of the Aetherverse. Adventure through the Aetherverse on both this website and through future story projects.

The 100 Day Writing Challenge In Summary:

I am a bit nervous about what will happen when the 100 days are complete. I may only end up completing one of my goals or failing this challenge in its entirety. Regardless of the results, I want to find out if I can do this. I’ve read this far, I invite you to join in on this journey with me.

Sabrina’s 2021 Goals For a Creative Year 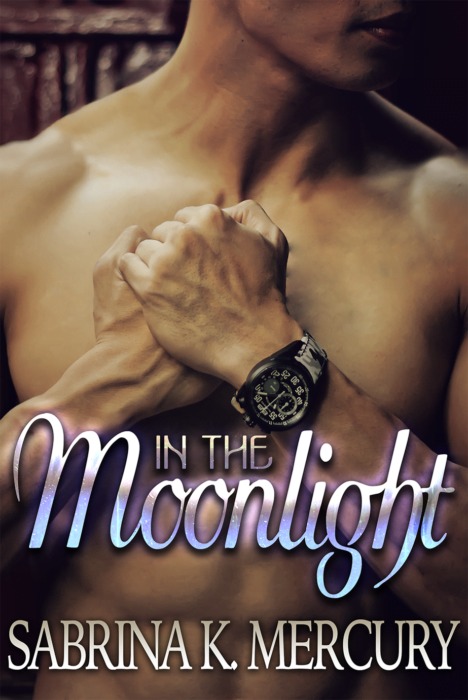